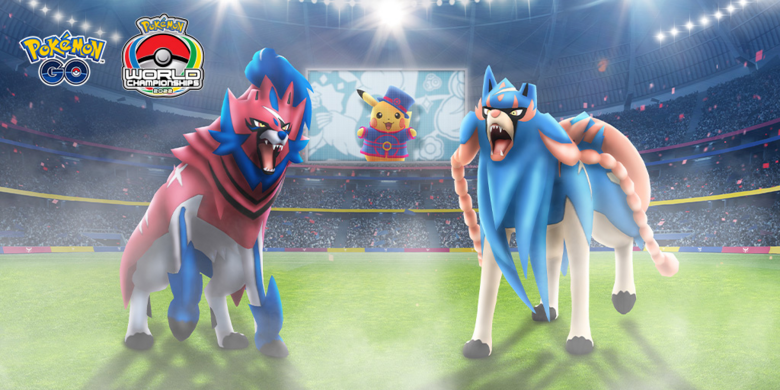 The Pokémon World Championships are taking place in London next week, and Pokémon GO will feature some new items and activities in celebration. You’ll be able to access most of these whether you’re they’re in person or watching from afar. First up, there’s a new set of in-game t-shirts for your avatar. One will be distributed globally via a code on social media during the Championships stream. The other will only be available from the Pokémon GO booth at the event in person. See both shirts below.

Challengers with Pokémon teams inspired by the ones used by Trainers who won the Pokémon GO Regional Championships will appear at PokéStops.

The maximum number of GO Battle League sets you can play per day will be increased from five to 10, for a total of 50 battles per day.

Timed Research will be available during the event. Complete the tasks to receive rewards, which include the following: World Championships 2022 Pikachu, Elite Fast TM, Elite Charged TM

There will also be a number of Pokémon appearing more frequently in wild encounters, raids, and field research. For a full, detailed breakdown of what you can expect to find during the tournament, check out Pokémon GO’s official update.