Long Island DWI Attorney Jason Bassett Discusses the Many Differences Between a DWAI, DWI, and a DUI

Suffolk County DWI lawyer Jason Bassett releases a new article (https://jbassettlaw.com/practice-items/dwi-and-dui-defense/) explaining the differences between a DWAI, DWI, and a DUI. The lawyer mentions that it is very important for someone who is charged with a DWI case to seek the help of an experienced DUI lawyer immediately. Having a skilled lawyer may be able to help the defendant understand their rights and hopefully receive a more favorable outcome.

“In New York, there are different charges and levels of driving while under the influence of alcohol or drugs, with penalties and fines varying with the level of the charge and conviction. While even a first offense for driving while intoxicated can involve serious consequences, charges and penalties can increase exponentially with increased blood alcohol concentration levels and for repeat offenders,” says the Suffolk County DWI lawyer. 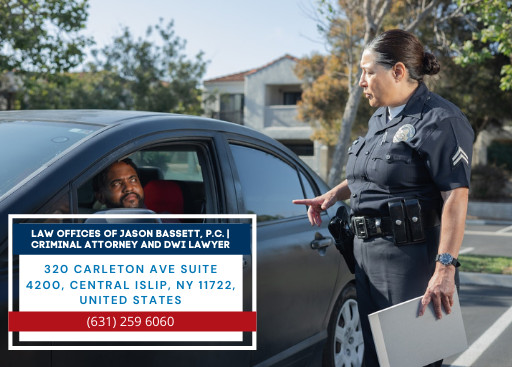 The lawyer explains that under the law in New York state, there are two types of drunk driving offenses. These are the DWI or Driving While Intoxicated, and the DWAI or Driving While Ability Impaired. The term DUI is commonly used, but it is not a legal designation in New York.

Attorney Jason Bassett adds that New York DWI statutes are divided into five different offenses, each based on the substance and level of driver’s impairment. These offenses are DWI or driving while intoxicated, aggravated DWI, DWAI or driving while ability impaired, DWAI-drugs, or DWAI-combination.

In the article, attorney Bassett says that it is important to remember that being charged and being convicted are two different things. However, if someone is convicted of a DWI charge, they could face jail time and the ramifications of a DWI charge can stay with them for a long-time.

According to the DUI lawyer, “If the arrest is a first-time offense, your lawyer can figure out if you qualify to participate in the New York Impaired Driver Program. The Impaired Driver Program is a multimedia educational program that raises awareness among those charged with driving while intoxicated. Participants in the program are granted a conditional driver’s license, and if the program is completed, your driver’s license may become fully restored.”

Lastly, attorney Jason Bassett emphasizes the importance of having a skilled DUI lawyer when facing drunk driving charges. An experienced DUI lawyer may be able to help the accused receive a more favorable outcome and avoid the negative impacts of a DWI charge.

Jason Bassett, Esq. has dedicated his practice to defending the rights of those who are accused of criminal offenses. He puts his unique perspective as a former prosecutor to work and provides the best legal assistance he can give to his clients. Mr. Bassett brings a unique combination of skill, experience, and zealous advocacy to provide his clients with the best possible outcomes. Contact him today to schedule a consultation.