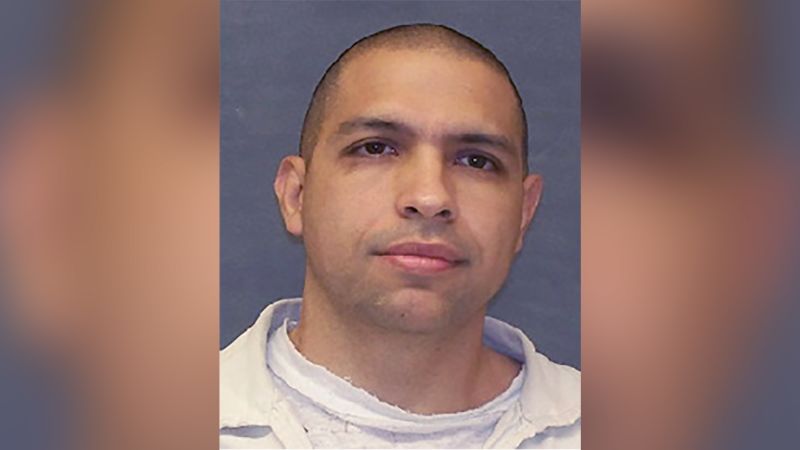 The Texas Department of Criminal Justice says Gonzalo Lopez has ties to the Mexican mafia.
Authorities are offering $22,500 in reward money for a tip leading to the apprehension of 46-year-old Gonzalo Lopez, who was serving two life sentences for a 2006 capital murder conviction and a separate attempted capital murder charge.
He had killed a man with a pickaxe in 2005 and attempted to shoot a sheriff’s deputy the year before, officials said.
“I cannot reiterate enough how dangerous this man is and how the public’s help is needed in locating him,” said Texas Department of Criminal Justice spokesperson Robert Hurst on Friday.
Lopez is from the Rio Grande Valley and affiliated with the Mexican mafia, the agency said.
More than 300 law enforcement personnel were searching for Lopez in the rural area near Centerville in Leon County, about 120 miles north of Houston, aided by canine teams and helicopters, according to Hurst.
“If he’s managed to get someplace else please contact law enforcement there tell them that you think you’ve seen this escaped convict and you want to get him in custody.
The driver, Officer Randy Smith, managed to stop the vehicle while being assaulted by Lopez and a second officer – Officer Jimmie Brinegar – exited the back of the bus and shot out the back tires while his colleague and Lopez were struggling outside.
“Then Lopez got back on the bus and drove it about another mile down the road with its back tires shot out,” Hurst said.
“The other inmates never got off the bus.”As Lopez fled the bus, Brinegar fired with his service weapon as well as a shotgun, Hurst said at a media briefing Thursday.
Meantime, the investigation was continuing as to how Lopez was able to break free from his restraints and get through the compartment where the officer driving the bus was seated.
He used some type of a device to cut out the bottom of that door.
Source