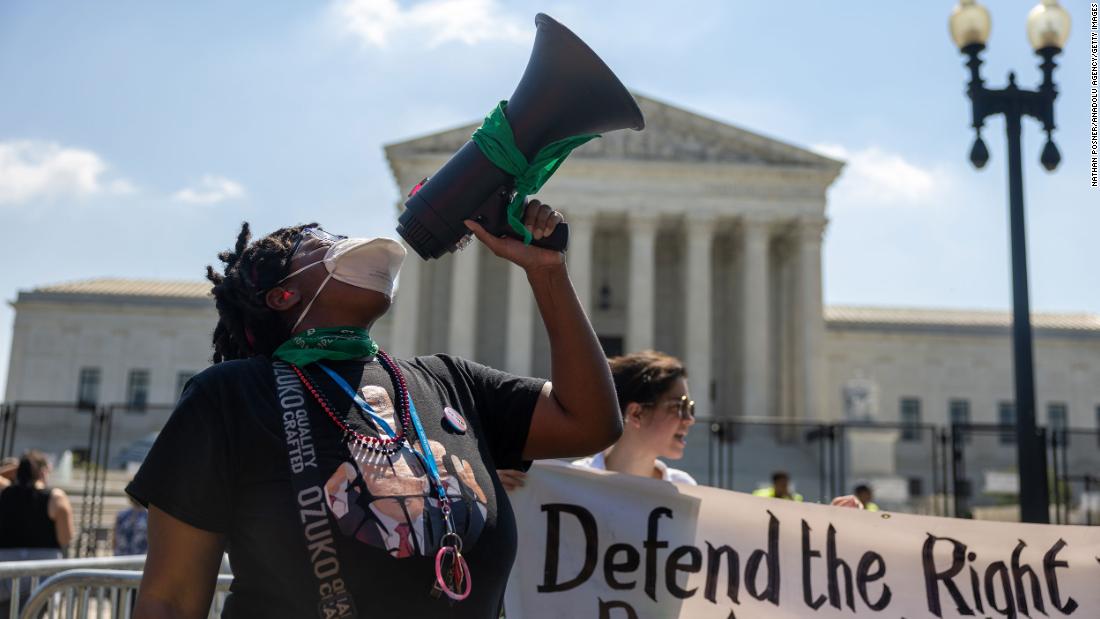 The nearing announcement -- which is expected to come within the next two weeks as the Supreme Court concludes its term -- will punctuate months of contingency planning at the White House and lobbying efforts by abortion rights advocates, who want Biden to take immediate action.
Advocates for communities of color and undocumented immigrants have raised specific concerns to the White House about women in those groups accessing abortion across state lines.
"We're exploring every option to respond to the upcoming decision ... and to protect access to reproductive health care, including abortion," White House Gender Policy Council Chair Jennifer Klein told Wednesday's virtual meeting.
Cadena's appeal to the White House was to be prepared to help states like hers as women seeking abortions travel there to look for them.
White House keeps its cards close to the vestThe White House has been hesitant to reveal what executive actions the President is considering as the court nears the end of its term.
In conversations with advocates, the White House has heard a range of options, not all of which officials believe are tenable or would withstand legal scrutiny.
But work accelerated after the leaked draft opinion, which surprised some White House officials with just how sweeping the ruling could be.
Biden himself learned of the draft opinion late on May 2, when his chief of staff, Ron Klain, phoned him in the White House residence to brief him on the leak.
Senior White House staffers have also met weekly with the leaders of Planned Parenthood and NARAL Pro-Choice America since the draft opinion leaked, according to a White House official.
The work has been led by the White House Gender Policy Council and its director, Klein, along with outgoing White House counsel Dana Remus and Domestic Policy Council Director Susan Rice.
Worries about violenceThe prospect of large protests following a ruling has concerned some White House officials.
Biden has made clear he is opposed to violence surrounding the decision and recently signed legislation extending around-the-clock security to Supreme Court justices' families.
Source