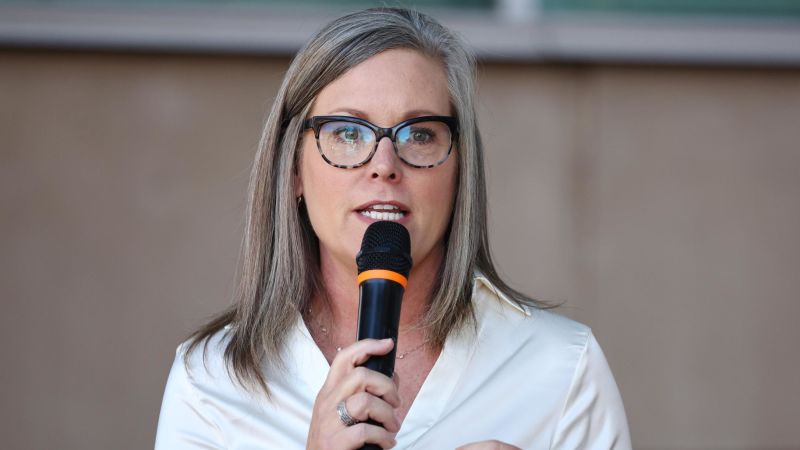 CNN —The Arizona Secretary of State’s Office on Friday asked state and local prosecutors to investigate and take enforcement action against two Republican officials who had balked at certifying their county’s election results by the legal deadline.
“I ask that you investigate this conduct and take all necessary action to hold these public officers accountable.”When reached by phone Friday, Judd said: “I’m not talking to anyone anymore.
Sorry.” CNN also has reached out to Crosby for comment.
Brnovich’s office confirmed via email that it had received the letter but did not add further comment.
McIntyre did not immediately respond to CNN’s inquiry.
Thursday’s vote, which Crosby skipped, capped a high-profile confrontation between the two Republicans on the three-member board and Secretary of State Katie Hobbs, a Democrat and the state’s governor-elect.
The Republicans on the county board had initially delayed signing off on the results, citing claims that electronic vote-tallying machines were not properly certified.
State election officials said the machines had been tested and certified and argued that the Republicans on the panel were advancing debunked conspiracy theories.
Lorick’s letter cites three state laws that establish criminal penalties for “failing to perform an election duty.” Two are misdemeanors and one is a Class 6 felony, the least serious felony classification in the state.
Brnovich and McIntyre, the local prosecutor, are Republicans.
In recent weeks, McIntyre and the two GOP supervisors in Cochise have been at odds.
McIntyre has refused to provide legal representation to them in the certification dispute and in their separate, failed efforts to conduct a broad hand count audit of ballots, arguing that those actions violate state law.
Source