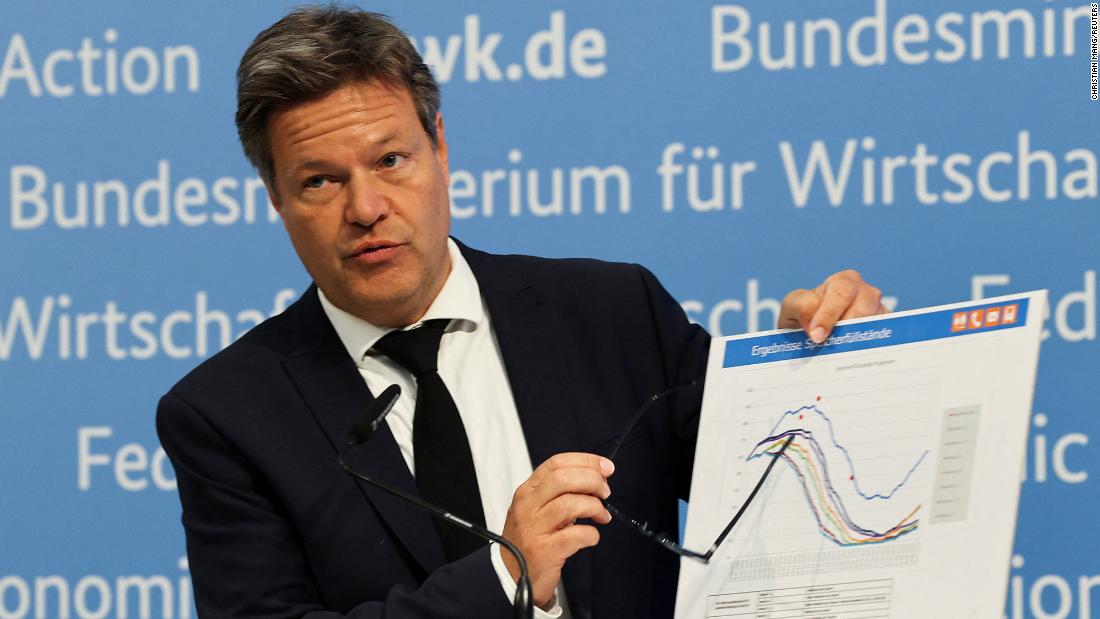 Berlin/London (CNN Business) Europe's biggest economy is now officially running short of natural gas and is escalating a crisis plan to preserve supplies ahead of winter as Russia turns off the taps.
Germany on Thursday activated the second phase of its three-stage gas emergency program , taking it one step closer to rationing supplies to industry — a step that would deliver a huge blow to the manufacturing heart of its economy.
''Gas is from now on in short supply in Germany," Economy Minister Robert Habeck told reporters at a press conference in Berlin.
The region's energy crisis escalated this month as Russia further reduced supplies to Germany, and other European Union countries.
Russia's state gas company Gazprom slashed flows through the Nord Stream 1 pipeline to Germany by 60% last week, blaming the move on the West's decision to withhold vital turbines because of sanctions.
Italian energy giant ENI also said it had been informed that Gazprom would cuts its supplies by 15%.
Russia has slashed the volume of gas flowing through the Nord Stream 1 Baltic Sea pipeline to Germany.
Source