How the US should respond to China and Russia's 'new era of authoritarian aggression': GOP senator 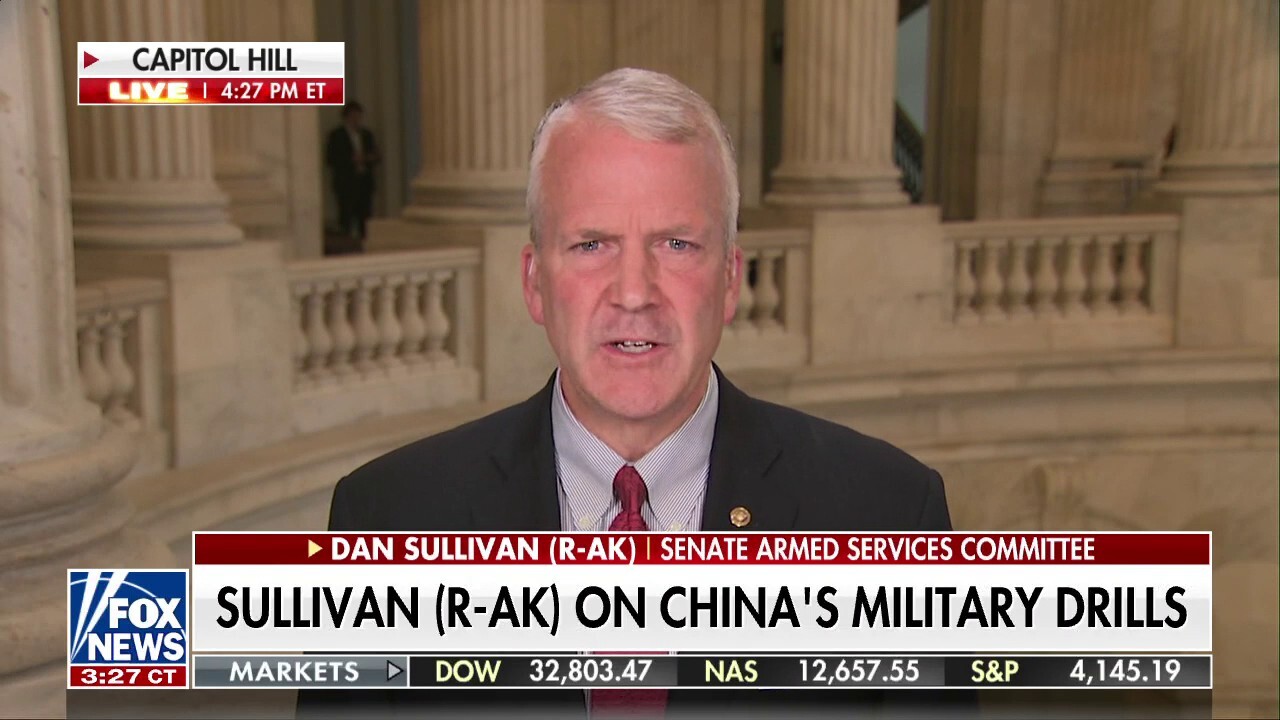 NEW You can now listen to Fox News articles!
Sen. Dan Sullivan explained how the United States should address China and Russia in a "new era of authoritarian aggression" Friday on "Your World."
TRUMP: BRITTNEY GRINER PRISONER SWAP FOR 'MERCHANT OF DEATH' DOESN'T 'SEEM LIKE A VERY GOOD TRADE'SEN. SULLIVAN: What you're seeing in the Taiwan Strait, what [you're] seeing in Ukraine by Russia, is this new era of authoritarian aggression led by the dictators, Xi Jinping and Vladimir Putin.
And they are increasingly isolated, increasingly dangerous.
They base their actions on historical grievances.
They're paranoid about their Democratic neighbors, and they are willing to use military force against them.
What we need to do is show strategic resolve, confidence, but recognize that this new era of authoritarian aggression is going to be with us for decades, and we need to play to our strengths.
We have a lot of comparative advantages relative to the dictatorships in these two countries.
A lethal military, our incredible energy and natural resources, our network of allies, our dynamic economy.
But what the Biden administration needs to do is play to these.
CLICK HERE TO DOWNLOAD THE FOX NEWS APPWATCH THE FULL INTERVIEW BELOW:
Source