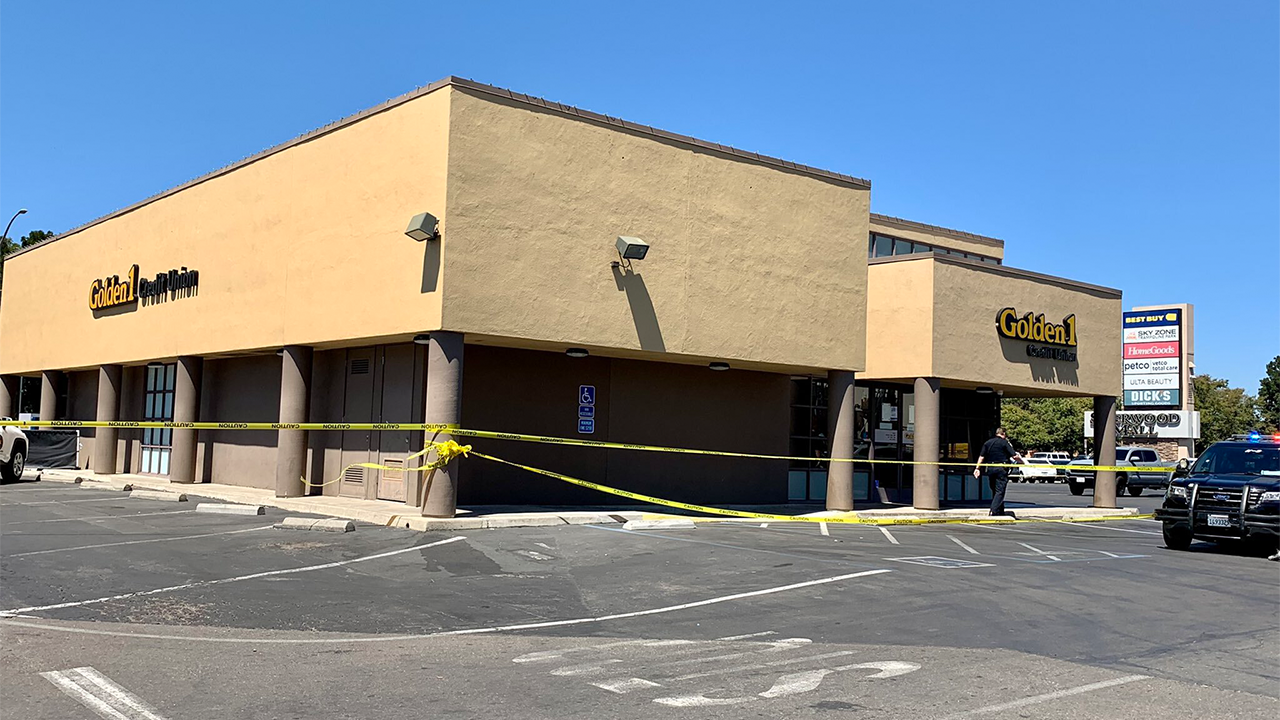 NEW You can now listen to Fox News articles!
A shooting outside a mall in Stockton, California, left one person dead on Thursday morning, police said.
San Joaquin Delta College, which is next to Sherwood Mall, sent out an alert to students about the shooting, saying the suspects fled the mall in a vehicle and there is no active threat.
The Golden 1 Credit Union on Pacific Avenue near the mall was cordoned off by police tape on Thursday afternoon following the shooting.
CLICK HERE TO GET THE FOX NEWS APPA spokesperson for the Stockton Police Department told the Stockton Record that one adult male was pronounced dead at the scene and that authorities do not yet have information on suspects.