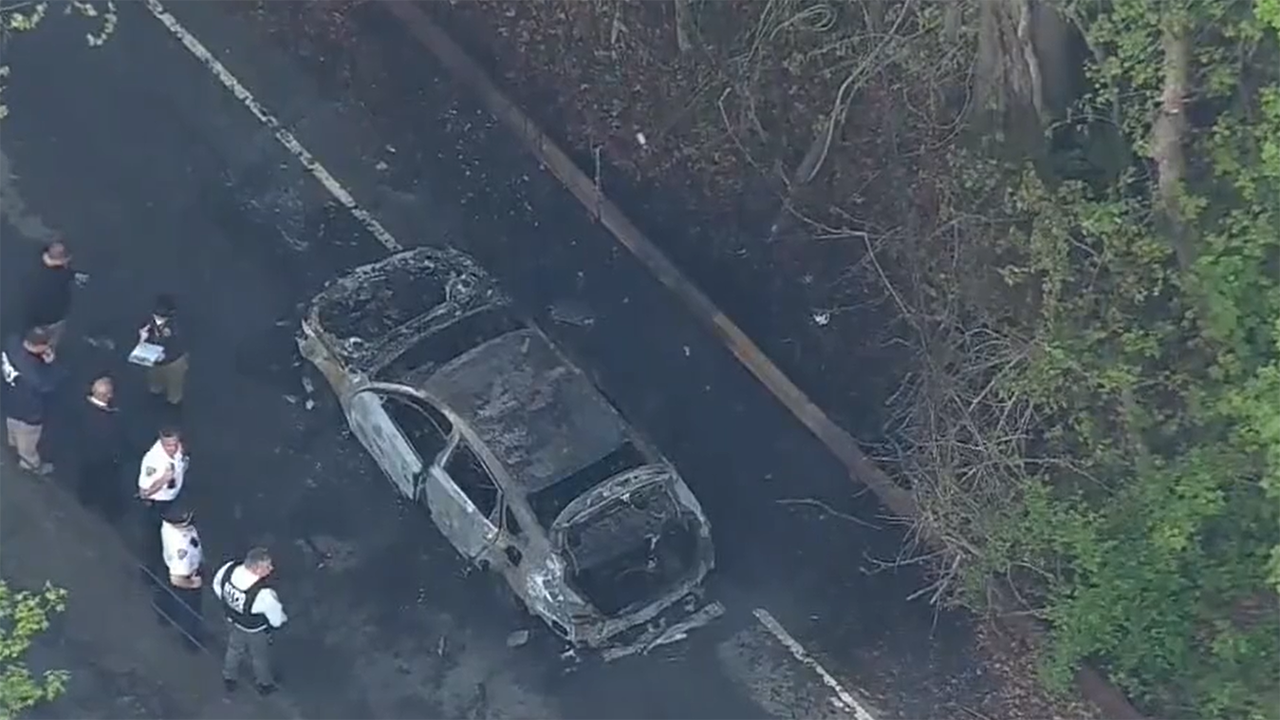 NEW You can now listen to Fox News articles!
A teenage suspect was extradited from West Virginia back to New York City, where he’s been charged with the murder of a 21-year-old man whose brutal shooting death sparked a string of events that led to the gruesome gang slayings of a young nail salon owner and her ex-college basketball friend found in a burning car.
Nikki Huang, a 23-year-old nail salon owner, was allegedly pistol-whipped and robbed of her expensive Louis Vuitton bag in the Lower East Side in May.
She later complained to her friends in the Up the Hill gang about the incident, prompting a string of events that led to the murder of a rival gang chief’s brother.
And as an act of retaliation, the rival gang members allegedly kidnapped and killed Huang and her friend, Jesse Parrilla, 22, whose bodies were found burned beyond recognition in the Bronx.
ITALIAN BUSINESSMEN VISITING NYC FOUND DEAD IN QUEENS SHORT-TERM RENTAL, NO SIGNS OF TRAUMA ON BODIESZymir Humphrey, 18, was extradited back to New York Tuesday from West Virginia.
He was nabbed in Martinsburg, W. Va., on July 19 by U.S.
NYPD charged Humphrey Tuesday with murder and weapon possession in the fatal May 15 shooting of 21-year-old Brandon Atkinson.
The arrest marked the first in the case in a Lower East Side gang war involving a string of other shootings.
Atkinson is not believed to have been involved in the robbery on Huang, but his brother is higher up in the Down the Hill gang, according to police sources speaking to N.Y. Daily News.
Hours after Atkinson was shot and killed, furious members of the Down the Hill gang allegedly kidnapped Huang and Parrilla.
Their bodies were later found shot and charred in a burned-out car at the Pelham Split Rock Golf Course in the Bronx.