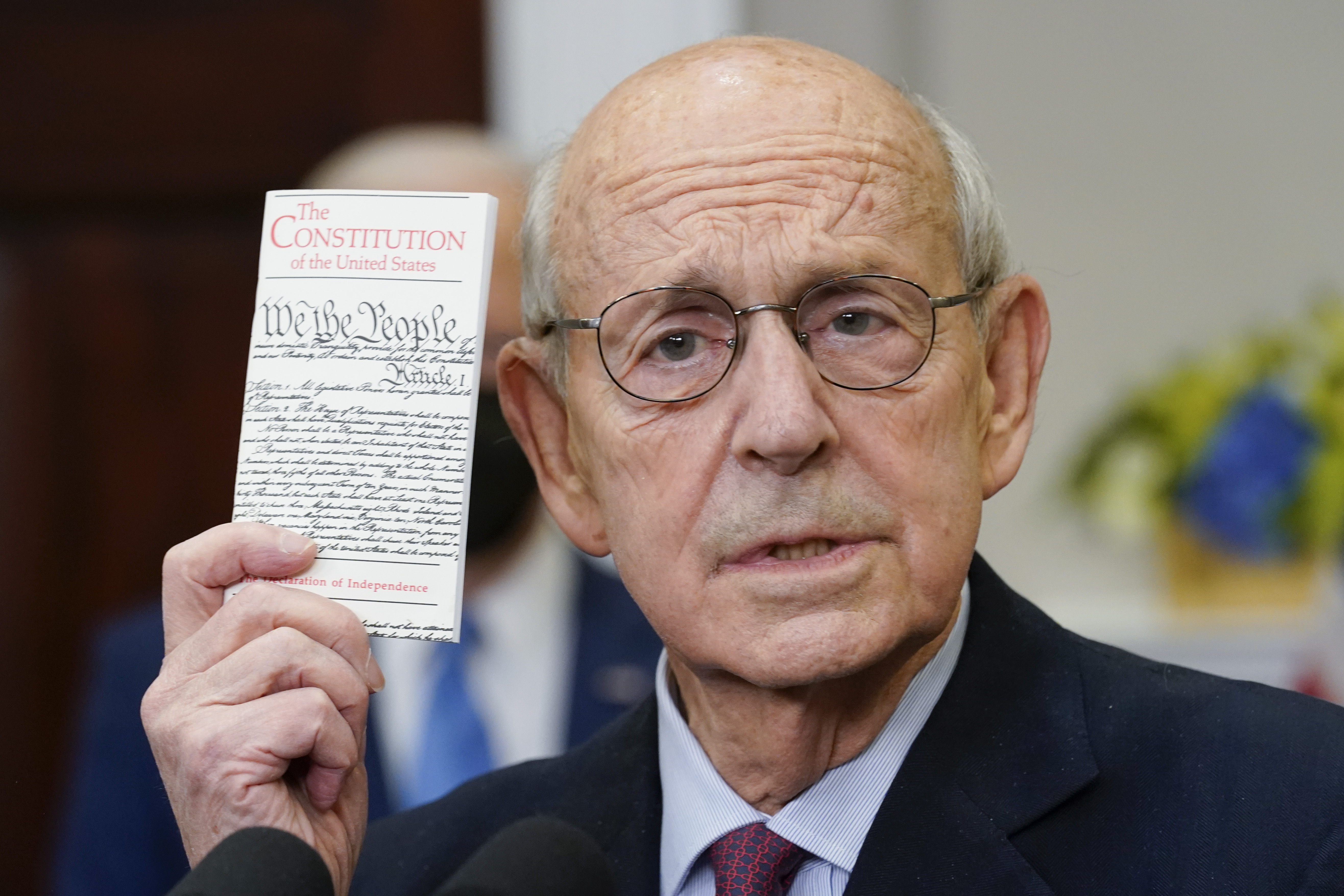 NEW You can now listen to Fox News articles!
Former Supreme Court Justice Stephen Breyer, who recently retired from the bench, has become chairman of nonpartisan group that promotes education about the Constitution.
The National Constitution Center in Philadelphia said Thursday that Breyer will be a spokesman for civics education and civility in politics along with current Supreme Court Justice Neil Gorsuch, who has served in the group since 2019.
The justices’ decision to work together "is especially meaningful in this polarized time," Jeffrey Rosen, the center’s president and CEO, said.
"Despite the strong disagreements on the court, Justices Breyer and Gorsuch, like all their colleagues, unite around a shared belief that civics are necessary for the future of the republic," Rosen added.
BREYER WAS RELENTLESSLY BULLIED BY THE LEFT TO GET OUT BEFORE REPUBLICANS SEIZE THE SENATEThe 84-year-old Breyer, who served on the court for 28 years, retired at the end of June and was replaced by Justice Kentanji Brown Jackson.
It was reported in July that Breyer will also be teaching at Harvard University during his retirement from the Supreme Court.
IF BREYER WAS GOING TO LEAVE THE SUPREME COURT, IT HAD TO BE SOONHarvard said in a statement that Breyer will "teach seminars and reading groups, continue to write books and produce scholarship, and participate in the intellectual life of the school and in the broader Harvard community."
Harvard's announcement included a statement from Breyer.
"I am very pleased to return to Harvard to teach there and to write," he said.
"Among other things, I will likely try to explain why I believe it important that the next generations of those associated with the law engage in work, and take approaches to law, that help the great American constitutional experiment work effectively for the American people."
CLICK HERE TO GET THE FOX NEWS APPAssociated Press contributed to this report