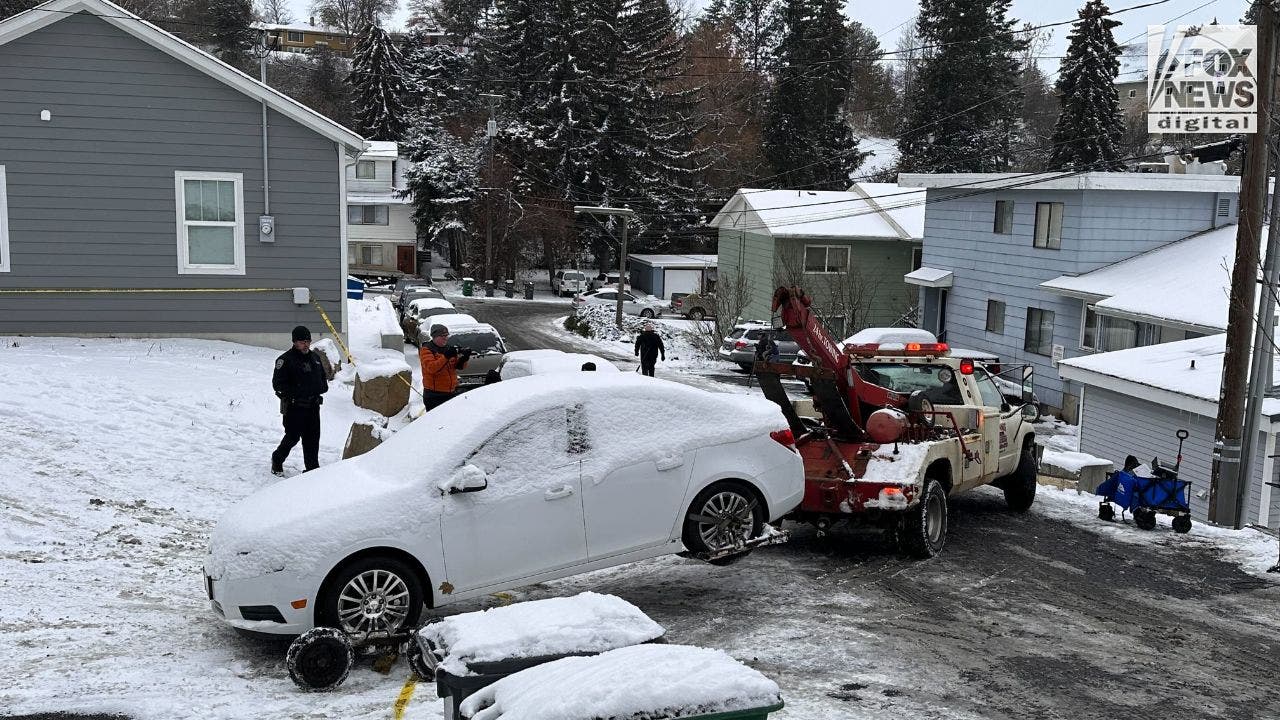 A former FBI detective says the five cars towed from the Moscow, Idaho, house where four University of Idaho students were killed on Nov. 13 were likely an afterthought for investigators.
The attacker likely used a "fixed-blade knife," police said, adding that a suspect has yet to be identified.
Officials say the victims were likely sleeping when they were attacked, stating that each victim was stabbed multiple times.
IDAHO MURDERS: SLAIN STUDENTS' CARS TOWED FROM CRIME SCENE TWO WEEKS AFTER GRISLY ATTACKMore than two weeks after the students were killed, police were seen assisting in towing the vehicles from the driveway at the house Tuesday.
Idaho State Police Communications Director Aaron Snell told Fox News Digital the vehicles were being transported to "secure long-term storage" for "further evidence gathering."
Ken Mains, a former FBI detective, told Fox News Digital the vehicles likely weren't towed until two weeks after the killings because there was likely little thought they had something to do with the crime.
It was an afterthought because they ‘most likely’ have nothing to do with the crime or hold no forensic or investigative value," he said.
"Yet, someone was intelligent enough to say, ‘Hey, let’s take those vehicles, just in case.’ It’s smart and the correct decision.
UNIVERSITY OF IDAHO MURDERS TIMELINE: WHAT WE KNOW ABOUT THE SLAUGHTER OF FOUR STUDENTSHe added that investigators will go through every aspect of the vehicles for potential evidence.
Former FBI special agent Jonathan Gilliam told Fox News Digital investigators are going to want to look for fingerprints and DNA evidence inside the vehicles.
Gilliam said if the killer is someone the students knew, "there's a chance that they had been in that car."
The former FBI special agent said he thinks investigators waited too long to tow the vehicles because the cold weather may have broken down potential fingerprint evidence.