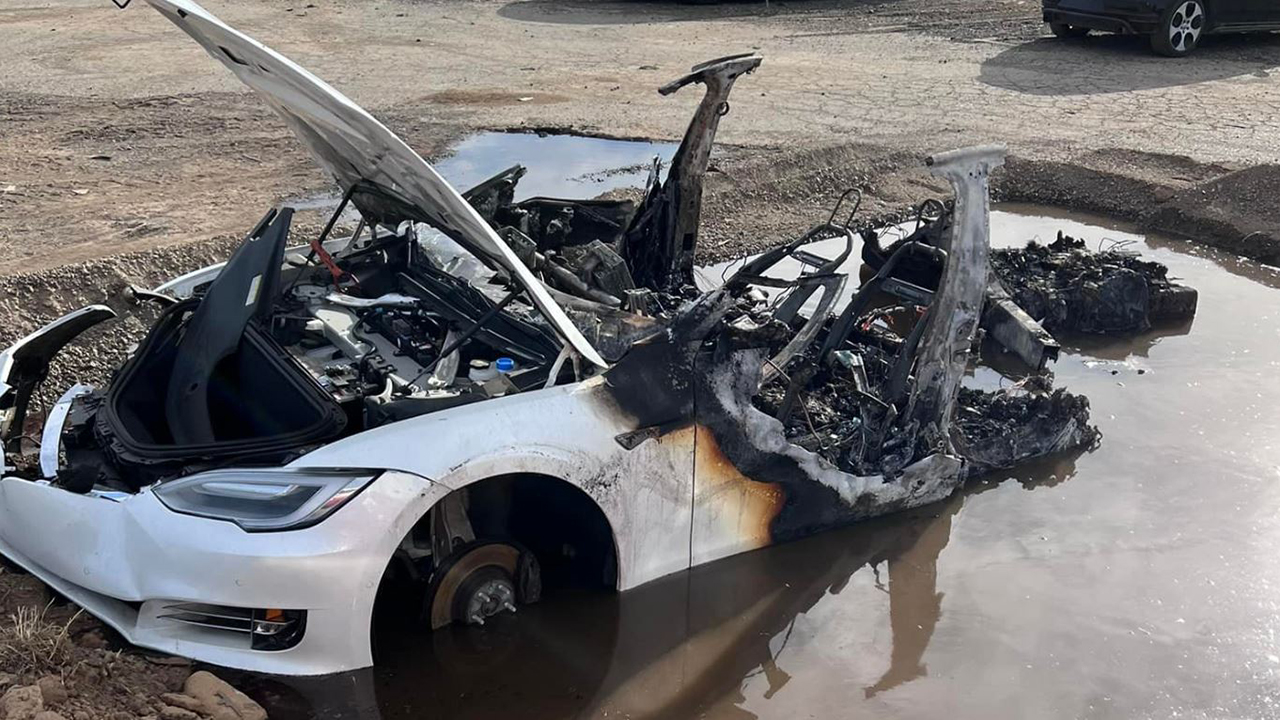 Northern California firefighters used 4,500 gallons of water to put out a fire in a Tesla Model S that spontaneously burst into flames and kept reigniting in a junkyard earlier this month, the Sacramento Fire District said.
The electric car had sustained major damage in a crash three weeks before and was scheduled to be dismantled when it caught fire.
"Crews knocked the fire down, but the car kept re-igniting and off-gassing in the battery compartment.
Working with the on-site wrecking yard personnel, the Tesla was moved on its side to gain access to the battery compartment underneath."
TESLA IN PENNSYLVANIA CATCHES FIRE, FLAMES SPREAD TO HOMEThe department said, even with direct penetration, the car kept reigniting because of residual heat.
Responders eventually had to make a small pit, place the car inside and fill it with about 4,500 gallons of water.
SIX-FIGURE TESLA MODEL S PLAID BURST INTO FLAMES WITH DRIVER INSIDE, ATTORNEY SAYS"The pit ultimately reduced the total amount of water needed," the department said "and limited the runoff of contaminated water."
TESLA RECALLS OVER 285,000 VEHICLES IN CHINA, MOST OF THEM LOCALLY MADENo injuries were reported.
Teslas and other electric vehicles have been known to have issues with fires.
It can be difficult to put flames out because the vehicles' lithium-ion batteries keep burning until all of the energy is released.
"It took quite a bit of development to ensure that the battery of the new S and X is safe," he said at the time, according to CNBC.
Tesla didn't immediately respond to Fox News' overnight request for comment.