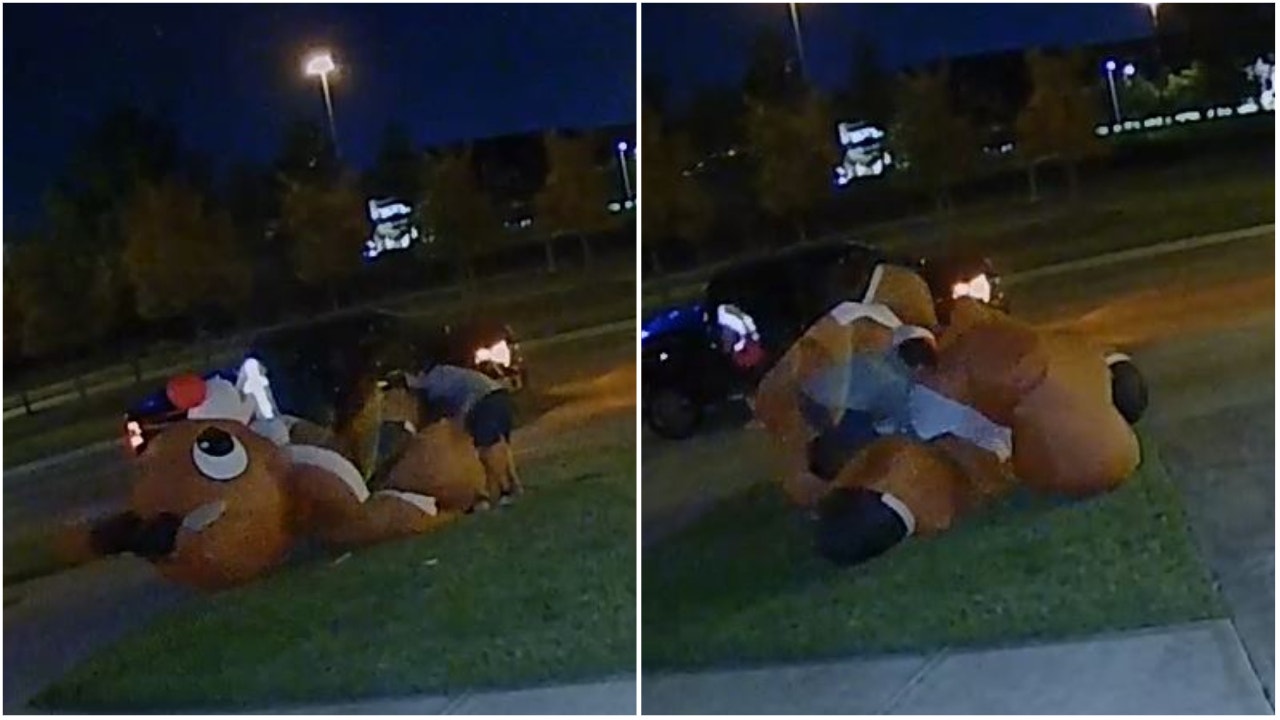 A Houston, Texas, family is offering up a reward for anyone who can help track down a 16-foot inflatable Rudolph stolen from their front lawn this week.
The Furman family says it is offering a $2,000 reward for the return of the inflatable reindeer.
"They stole from neighborhood kids in all reality," Ernest Furman told the outlet.
Stealing Christmas, I mean we’re not going to allow them."
FOX NEWS PERSONALITIES BATTLE IT OUT ON FOX NATION'S 'GREAT CHRISTMAS DEBATE'The Furman family says they take pride in decorating their yard with Christmas decorations.
In addition to the inflatable Rudolph, they also display a 20-foot tall inflatable Santa as well as a decorative mailbox where children can put letters to Santa.
"I don’t know what kind of person would come by and take Christmas decorations," Furman said.
GIANT CHRISTMAS BAUBLES BREAK FREE OF DISPLAY, GO ROLLING AND BOUNCING DOWN STREET, STARTLING DRIVERSWAUKESHA CHRISTMAS PARADE KILLER DARRELL BROOKS FILES NOTICE TO APPEAL HIS CONVICTION"It’s bad," said Furman’s younger daughter.
Furman said he hopes the $2,000 is enough to convince someone with knowledge of the crime to come forward.
"I wanted to make it worth someone’s while to turn them in," Furman said.
"I don’t know if $2,000 is the number in 2023, but it’ll get there."
CLICK HERE TO GET THE FOX NEWS APPAnyone with information about the holiday theft is being asked to call 888-938-7393 Ext.